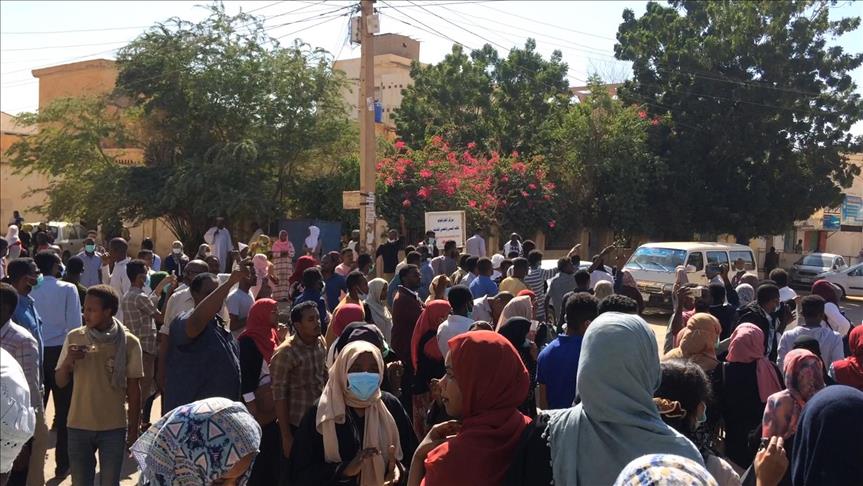 KHARTOUM, 12 Jan 2019 [Fik/News Sources]: Sudanese opposition parties and professional associations on Friday called for a weeklong “uprising” next week in towns and cities across the country to demand the resignation of President Omar al-Bashir.

In a joint statement, the Nidaa al-Sudan Coalition, the Forces of National Consensus, the Sudanese Professional Association, and the Assembly of Opposition Unionists called for weeklong demonstrations -- starting Sunday – “in Khartoum and other cities and towns”.

The statement went on to urge the Sudanese people to continue demonstrating “until this regime is overthrown”.

On Friday, protests resumed in several parts of the capital, including the Beit al-Mal, Wad Nubawi, Gabra and Al-Gaili districts, according to witnesses and opposition sources.

Most of the protests were quickly broken up by security forces, however, who used excessive teargas to disperse crowds, witnesses said.

Sudan has been rocked by protests since mid-December, with demonstrators decrying the government’s seeming inability to rein in rampant inflation and acute commodity shortages.

On Wednesday, police announced the launch of investigations after three protesters were killed in Omdurman, Sudan’s second largest city.

The authorities say that a total of 22 people have been killed since the unrest began three weeks ago. Opposition groups, however, put the death toll at closer to 40.