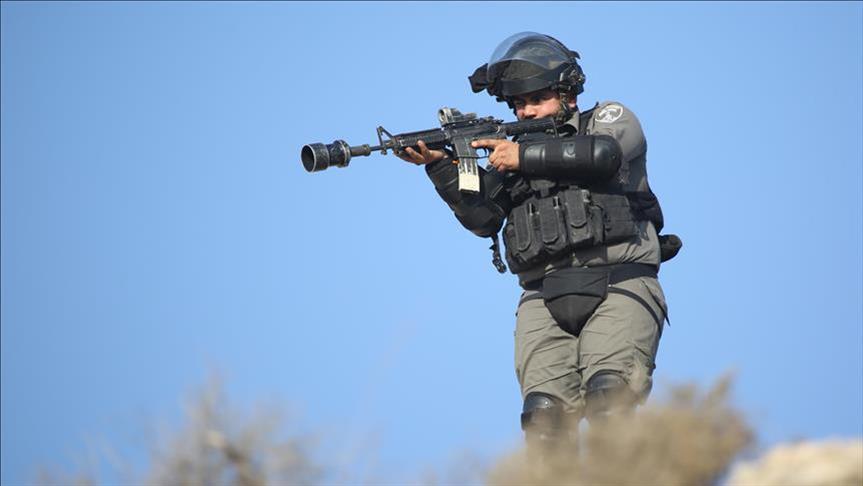 According to al-Qidra, another 25 protesters were injured near the buffer zone -- including two journalists and a medic -- by Israeli army gunfire and/or teargas.

Earlier Friday, thousands of Palestinians converged on the Gaza-Israel buffer zone -- for the 42nd week in a row -- to take part in ongoing rallies against Israel’s decades-long occupation.

Protesters demand the right to return to their homes and villages in historical Palestine, from which they were driven in 1948 to make way for the new state of Israel.

They also demand an end to Israel’s 12-year blockade of the Gaza Strip, which has gutted the coastal enclave’s economy and deprived its more than two million inhabitants of many basic commodities.

Since the Gaza demonstrations began in March of last year, more than 250 Palestinians have been killed -- and thousands more injured -- by Israeli troops deployed near the buffer zone.

In a related development, Israeli warplanes on Friday evening struck a checkpoint in Gaza affiliated with resistance faction Hamas, which has governed the embattled coastal enclave since 2007, witnesses said.

No casualties were reported as a result of the strike, which occurred in Gaza’s Shejaiya district.

In a statement, the Israeli army said its warplanes had struck a “Hamas position” in northern Gaza. It did not provide any additional details.