Vice President cautions against intolerance in the name of cow, Love Jihad 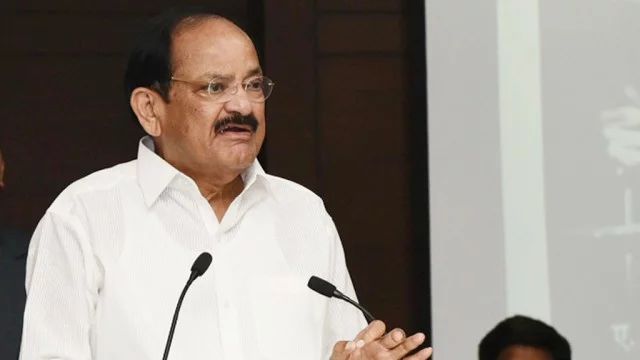 “… We need to guard against intolerance on the part of certain misguided citizens. We have been occasionally witnessing such words and deeds of intolerance by some citizens in the name of so-called cow protection, Love Jihad, eating habits, watching films.

“Such incidents lead us to the point that individual freedoms can be in full play only when every citizen respects such freedoms of fellow citizens. Post-Emergency, the State apparatus would think twice before riding roughshod over the liberties and freedoms of citizens. But it is enlightened citizens who would enable fuller manifestation of such liberties and freedoms,” Naidu said.

He was speaking at a function organised by Vivekananda International Foundation to release the Hindi, Kannada, Telugu and Gujarati editions of the book `The Emergency – Indian Democracy’s Darkest Hour’ authored by A. Surya Prakash, Chairman of Prasar Bharti and a veteran journalist.

The Vice President said such actions of individual intolerance spoil the name of the country. “You cannot take the right to hang anyone. One has to be tolerant of the views of others while one must also be tolerant of the verdict of the people. Dissent also has a place. Freedom must be valued and rights of citizen should be guarded.”

He also referred to the debate over nationalism and patriotism and wondered why some people had problem with even saying “Bharat Mata ki Jai”. The expression is not merely geographical and love for the land but it is love for all opinions, religions, communities and people.

Naidu said India was secular not because of political parties but it was in the DNA of people and added that democracy and secularism were there in the Indian civilization through ages.

Referring to the infamous Emergency of 1975, he said no sensible government would dare to resort to Emergency after the resounding pro-democracy verdict of people in 1977. “Now the threat to individual freedoms is from some misguided citizens. The Emergency was clearly a state-sponsored intolerance to democracy and individual freedoms guaranteed by the Constitution.”

He asserted that the core Indian values and ethos have no place for intolerance due to which all major religions of the world flourish in India.

“On the 43rd anniversary of Emergency, I would like the message to go out that any citizen who violates the freedoms of fellow citizens would have no right to be called an Indian. It is because he is hurting the Constitution of India and all that India stood for.”

Naidu said it was time the “dark age of Emergency” became a part of the curriculum so that the young learnt to value the democratic freedoms they enjoy.

“It is time the dark age of Emergency becomes a part of the curriculum so that present generations are sensitised to the dreaded events of 1975-77 and they learn to value the democratic and personal freedoms they enjoy today.

“While our history books and textbooks talk of medieval dark days and the British Raj, the fallacious causes and consequences of Emergency is not made a part of the learning of the young,” he added.

He stressed that a crucial lesson of Emergency was that it was the responsibility of each citizen to uphold liberties and freedom of fellow citizens and that “intolerance” should not be accepted.